More than 40 years have passed since Britain fought a secret war in Oman. Former Major Nicholas Ofield has returned for the first time since the conflict to retread his battlegrounds with his son, filmmaker Tristan Ofield. This blog contains excerpts from the production diary Tristan kept during filming.

Operation Oman is available to watch on Amazon Prime


Further information about the film can be found at the links below.

The Times Of Oman

The second public screening of Operation Oman is taking place at the Broadway Cinema in Nottingham, Sunday 16th, 12:15pm. Tickets are £8. Proceeds from the screening will be going to the Royal British Legion.

Tickets can be purchased here

Not all ambushes are created equal

This country is closed

We've set up a YouTube channel. In the build up to the documentary being completed we will be releasing short interview clips.

In this clip Colonel Mike Ball, British Army, talks about a war that was a little piece of magic.

Several months ago I received a dvd copy of some 8mm footage shot in Oman. It had been cut together into a documentary illustrating the Artillery positions in Sarfait during the Dhofar campaign. It was wonderful to see new footage and I immediately pursued trying to get the original reels. The dvd I had seen was heavily compressed and had subtitles baked in. To my utter delight, not only were they still available, but the owner who didn't know me from Adam kindly put their trust in me and allowed me to borrow them.

Research had to follow immediately. I'm digital boy. I know nothing about film as a format. There are 100's of places offering cine film conversions to all sorts of formats. As soon as I stumbled across Images4Life I knew they were different. Their approach was unique. Unquestionably.

What ever resolution you wanted your conversion delivered at they always scanned at the highest possible resolution available and then scaled the image down from there. This ensures all the colour, saturation and grain is obtained from every frame. AS this is the way they do all their conversions it was no extra cost to have the highest resolution scan.

What does that mean? Well it means that you effectively get a digital negative. 2048 px wide, 1556 px high and an awful lot of colour latitude for post colour correction.

In the studio I was taken through the conversion process. To prevent any damage to possibly brittle film no teeth come into contact with the spools at anytime. Film is guided through the machine on soft rollers and twin lasers fire through the spools to ensure the film is being guided at a constant speed. A statically charged roller removes any dust or hairs that may have collected over the years. This prevents the film having to be chemically washed, which however good, always leaves a chemical layer on the print. After this the 8mm is ready to be scanned by the sensor and the whole operation takes place in real time. Mind blown!

Images4Life do a lot of restoration and archival work for major museums all over the world.

Viewing the unedited reels is a treat. It was better than I could have hoped for. when you see unedited footage you hope that the previous editors were cutting with a different intent. That way all the bits they removed will be the pieces you want. Im happy to say this was the case. 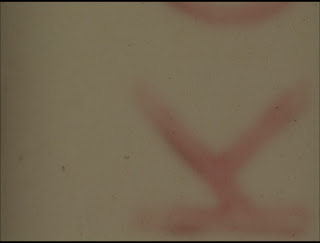 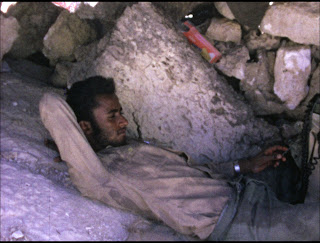 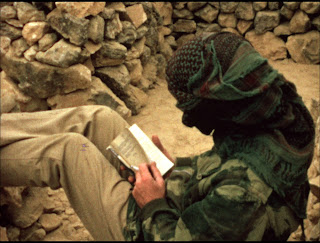 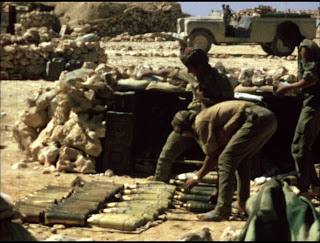