More than 40 years have passed since Britain fought a secret war in Oman. Former Major Nicholas Ofield has returned for the first time since the conflict to retread his battlegrounds with his son, filmmaker Tristan Ofield. This blog contains excerpts from the production diary Tristan kept during filming.

Who IS Nick Downie? More to the point WHERE is Nick Downie? I never thought I would make a very good private dectetive. When we have to find someone we never normally have to look beyond the hozizon of Facebook or Twitter.

Nick Downie, former SAS trooper turned war cameraman. Some of the nastiest fighting was documented by this chap throughout the 70's, 80's and 90's. His training allowed him to get closer than most would dare.


During the Dhofar War there were only two ways into the country. Both were tightly controlled.
If a journalist got off a plane they were simply put back on and sent home. Therefore, pictures and footage are prised! For the whole conflict (approx 1964-76) there is only 1 news article, to my knowledge in existence. A Sunday supplement in the Telegraph. 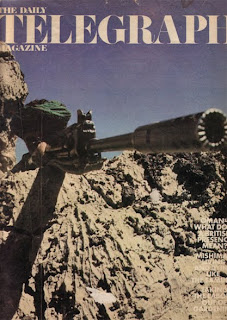 Now if anyone reading this knows any better - then please point me in the right direction.


Mr Downie, supposedly smuggled an 8mm camera into the country with him. There is other 8mm footage from the Oman conflict, but very little of it is frontline stuff, and that's what I'm hoping for. Nick has made a few documentaries on the conflict in Rhodesia, the northern part of later became Zambia, where I lived in for several years as a boy. There are many accounts of him over the web but, for now, his whereabouts remain a mystery.


With the help of Twitter a chap by the name of Nick Long, a Producer at Turtle Canyon Media has joined in the search, and I'd like to thank him publicly for all his help so far.